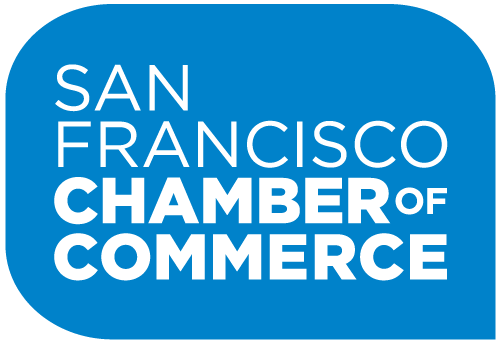 WorkforceSF brings together 350+ of the Bay Area’s top business and civic leaders to get the inside scoop on San Francisco’s workforce. This year’s theme, An Ecosystem Underwater or the Launch of a New Revolution?  is fueled by the Chamber’s talent pathway division, UniteSF, and will focus on emerging tech innovations and current issues that will affect the way we source local talent, grow our workforce and do business in San Francisco and beyond.

WorkforceSF gives attendees unique and valuable insight into San Francisco’s workforce. Gather with other San Francisco business leaders to exchange ideas on ways to develop, grow, and adapt to Artificial Intelligence, Augmented Intelligence and Automation in the modern workplace. Learn how to meet local employer demand for qualified talent now, ensuring local talent sources are being considered and strengthened. 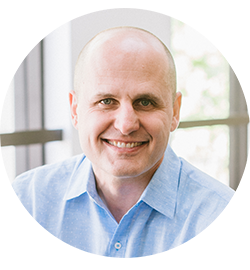 Laszlo Bock, Co-Founder & CEO of Humu
Laszlo is CEO of Humu, a company making work better through science, machine learning, and a little bit of love. His New York Times bestseller, WORK RULES!, has been published in more than 25 languages. From 2006 to 2016, Laszlo was S.V.P of People Operations and a member of Google’s management team, growing the company to over 70,000 employees while ensuring the culture remained innovative and robust.

During his tenure, Google was recognized over 150 times as an exceptional employer, and was named the #1 Best Company to Work For in the United States seven times. He is credited with creating the field of “People Analytics”, the application of academic-quality rigor and Google-paced innovation to people management. 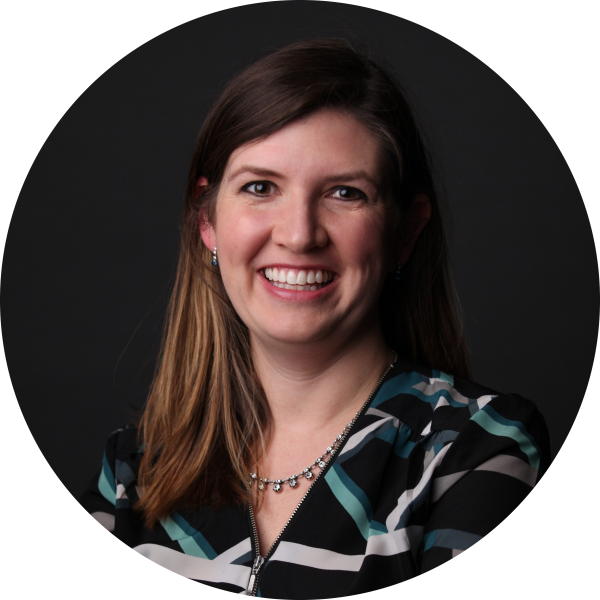 Mary is a Managing Director of the Accenture Technology Labs across the Americas.  In addition to leading the regional Labs and Nano Labs locations, Mary also drives an agenda of client co-research, establishing ongoing relationships with leading companies in their industries to conduct joint research. Mary is a frequent speaker, sharing her perspective on emerging digital technologies for the enterprise and consumers at conferences, client, and industry events.

Since joining Accenture in 1997, Mary has brought innovative technology solutions to both Accenture and clients across a variety of industries, running technology innovation projects from incubation to large-scale implementation. Outside of Accenture, she is on the Board of Directors for the non-profit organization, Women Who Code.

Mary received her SB degree in Materials Science and Engineering from Massachusetts Institute of Technology.  Mary is originally from Toledo, Ohio, spent several years of her career in Chicago, IL, and now lives in Northern California.  She enjoys traveling whenever possible, especially with her family, including her four year old and two year old twin sons. 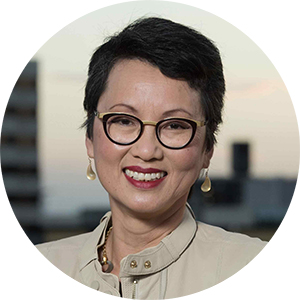 Van Ton-Quinlivan is a nationally recognized thought leader in workforce. Ton-Quinlivan’s career spans the public, private, and non-profit sectors. Prior to the California Community Colleges, she held leadership roles with Pacific Gas and Electric, including serving as director of workforce development. She is now executive-in-residence at the Institute for the Future (IFTF) in Silicon Valley where she examines the ways technology impacts learners, institutions, and employment. development with experience driving large scale-system change. Ton-Quinlivan spent nearly eight years serving in leadership roles with the California Community Colleges, most recently as the executive vice chancellor of workforce and digital futures for the 115-institution system.

In 2013, Ton-Quinlivan was named White House Champion of Change in recognition of her contributions to education and industry. She received the California Steward Leader Award in 2017 for her dedication to collaboration and her work to align public, private, and civic sector leaders in support of economic and social mobility for state residents. Most recently, Ton-Quinlivan was included in Sacramento Magazine’s 2018 “Powered by Women” list of leaders inspiring positive change. 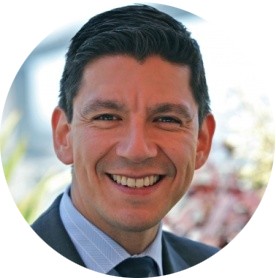 Joaquín Torres, Director of the San Francisco Office of Economic and Workforce Development

Joaquín Torres is the Director of the San Francisco Office of Economic and Workforce Development. Appointed by Mayor London Breed in 2018, Joaquín leverages resources across City departments to create opportunities for all and maximize equitable economic and social impact for the benefit of San Franciscan communities, residents, businesses and neighborhoods. In pursuit of these goals, OEWD provides citywide leadership and coordination for workforce development, business development, neighborhood economic development, film, small business and development planning.

Joaquín is also the President of the San Francisco Housing Authority Commission, leading the oversight body as the Authority and City implement a re-envisioning process to rehabilitate over 3,400 units of public housing with $750 million in improvements, leading to the transfer of ownership to affordable housing providers to best serve low-income communities.

Previously, Joaquín has served as Director the San Francisco Invest in Neighborhoods initiative, Director of the Mayor’s Office of Neighborhood Services, and Liaison to the San Francisco Latino and American Indian communities and to Supervisorial Districts Nine and Eleven. He is a current participant in the Government Alliance for Racial Equity program and serves as Chair of the Equity, Diversity and Inclusion Committee for the American Conservatory Theatre (A.C.T.). Joaquín is a graduate of Stanford University and New York University’s Tisch School of the Arts. He lives in the Outer Mission with his wife, Ruibo Qian. 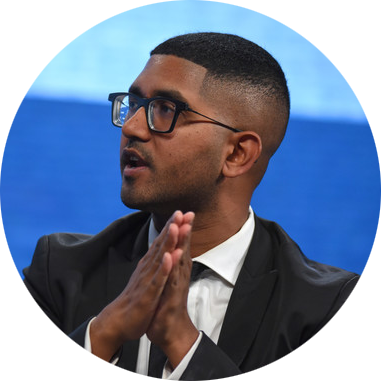 Vikrum Aiyer is the Vice President of Global Public Policy & Strategic Communications for the on-demand technology platform, Postmates. As Postmates creates new opportunities for brick & mortar businesses to distribute their products in the era of e-commerce, it is also shaping the way independent workers and automation is shaping the labor market. Aiyer leads the legislative and regulatory policy discussions at the federal, state, and local levels which impacts consumer data privacy protection and the Future of Work in the gig-economy. In this role, he also oversees the company’s social impact & corporate social responsibility arm, Postmates Civic Labs.

Previously, Aiyer was as a senior official in the Obama Administration serving as Senior Advisor in The White House for innovation & manufacturing policy, and as the Chief of Staff to the Under Secretary of Commerce for Intellectual Property. In these capacities, he served as the principal political and policy advisor to the undersecretary of commerce and coordinated a $3.2B budget, in support of 13,000 employees, to execute the daily operations, priorities, and global communications of President Obama’s intellectual property & STEM agenda. In 2016 Aiyer led a U.S. delegation to Cuba to reset relations between the two nations patent offices, and served on Vice President Biden’s Cancer Moonshot Taskforce, to accelerate progress towards a cure by fast-tracking immunology patenting. Aiyer also steered investments in several advanced manufacturing technologies including smart fabrics, autonomous vehicles, high-performance computing, and next-generation semiconductors.

Aiyer currently lives in San Francisco, California where he serves as a Term Member for the Council on Foreign Relations; a co-chair for the US Chamber of Commerce New Economy Working Group; an executive board member of the Bay Area Council; a board member for the tech-policy advocacy group sf.citi; a co-chair for business council for the U.S. Conference of Mayors; and on the new leaders council of the San Francisco Symphony. 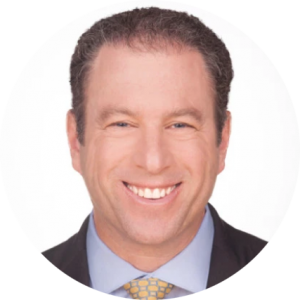 Born and raised in Oakland, Emmy Award winning reporter Scott Budman has been with NBC Bay Area since 1995. He began his broadcasting career in radio as a business reporter for KMNY radio in Anaheim. He then spent some time as a general assignment reporter and business anchor/producer at the Orange County News Channel. Before joining NBC Bay Area, Scott was a reporter and weekend anchor at KEYT in Santa Barbara.

Scott has won many awards including a national Iris Award for a documentary about gays in the military. He also received Golden Mike Awards from the Southern California Radio and Television News Directors Association. Scott is known as the go-to voice for breaking news in business and technology in Silicon Valley. You can often hear him on Bay Area radio waves updating listeners on the latest business and tech news on NPR and Alice radio. He is a regular blogger for Forbes as well as several other online publications.

Scott has a degree in political science from UCLA. Scott enjoys tennis and basketball. He loves reading and spending time with his wife and two daughters. In addition to his busy schedule at NBC Bay Area, Scott is a long time volunteer with the Big Brothers Big Sisters of Santa Clara County.

Tickets are non-refundable, but are transferable.

Become a sponsor of WorkforceSF today!

Showcase your business as a leader and innovator in the future of workforce development through a WorkforceSF Sponsorship. Customized packages can be created to meet your marketing needs. Contact Avneesh Nigam for more information.