Join the Chamber and San Francisco Small Business Commission President, Sharky Laguana for our first City Hall Check-In. This event series provides an opportunity for SF Chamber members and the community to hear about a range of topics. Previously known as our “Supes For Lunch” series, we have expanded the series to include the opportunity to hear from various department and commission heads at City Hall. This is a unique opportunity to hear from City Hall electeds and leaders about upcoming programs, new projects, our local economy, and so much more! 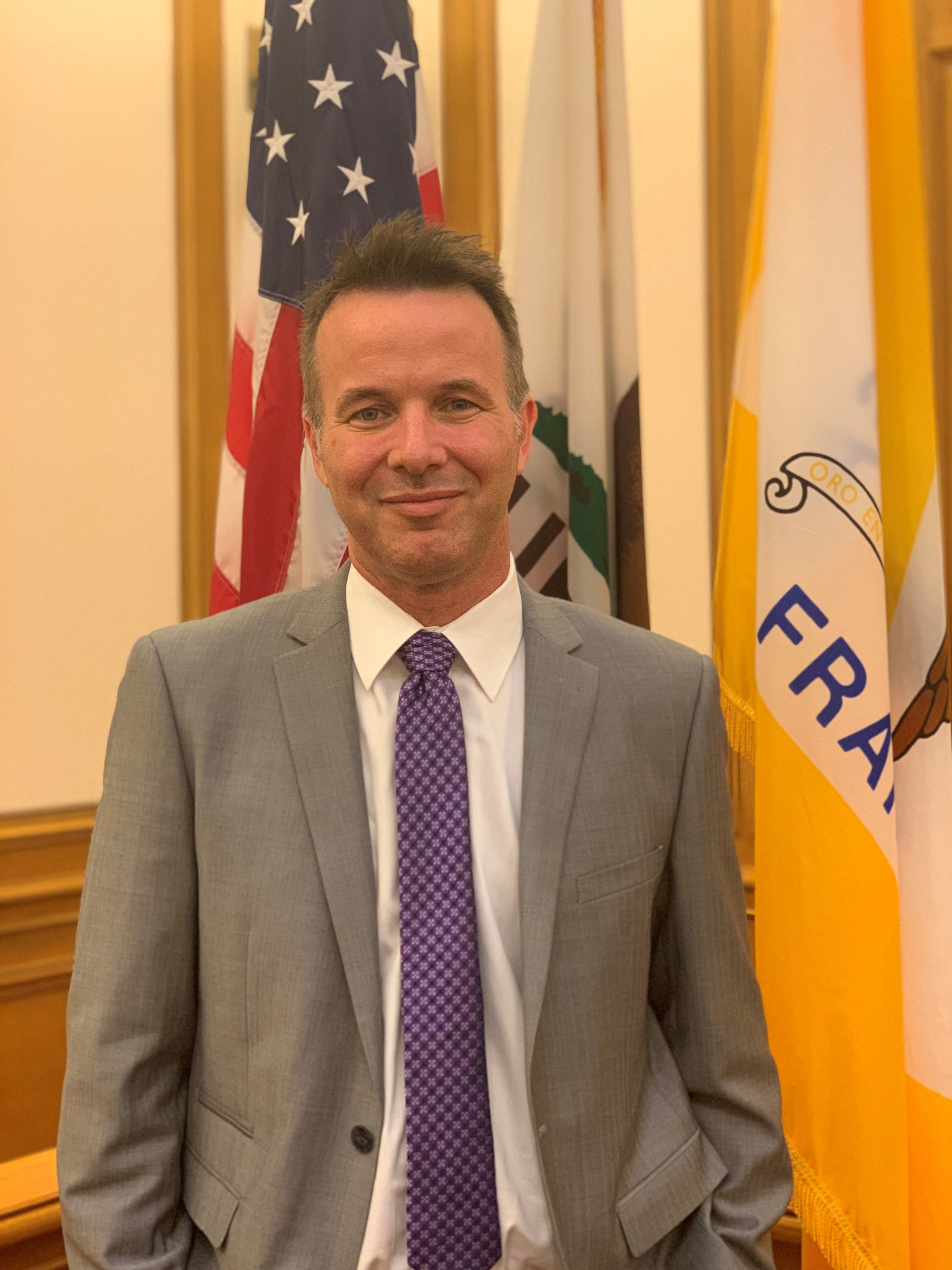 Sharky Laguana is the Founder and Chief Executive Officer of Bandago, a company that rents passenger vans throughout the United States. Bandago specializes in providing passenger vans to professional touring musicians, and also provides vehicles to families, corporations, churches and governments. He has grown the business from a single van parked in front of his basement apartment on Hampshire Street, to a fleet of hundreds of vehicles at locations across the United States. Bandago participates in numerous charitable activities including being the lead sponsor for McKinley Elementary’s Dogfest for several years running, and donating numerous vehicles and assets to support fire victims affected by the recent fires in Northern California. In 2019 Sharky founded a new company, Campago, which rents unique camper vans.

Sharky serves on the American Car Rental Association’s Board of Directors. ACRA is the primary trade association for the car rental industry, and its members provide 98% of all rental cars in the United States. As a board member he has been an advocate for consumers, and was proud to participate in successfully lobbying congress for a federal ban on renting vehicles with open safety recalls (Raechel and Jacqueline Houck Safe Rental Car Act). In 2018 he led the effort to pass AB 2620, a California state law that helps reduce the number of rental vehicles stolen in California. He has also worked with the SF District Attorney’s office to reduce the number of car break-ins in San Francisco.

Previously Sharky was the songwriter and guitarist for the band Creeper Lagoon, a critically acclaimed band in the late 90’s (voted Best New Artist in SPIN magazine in 1997) that released several albums on the major label Dreamworks. He is a strong supporter of the arts community, and as Commissioner will be looking for opportunities to help artists maintain viable careers while living in the City.